Yes Or No To Treatment? The Conundrum Of Decision-Making When Elderly 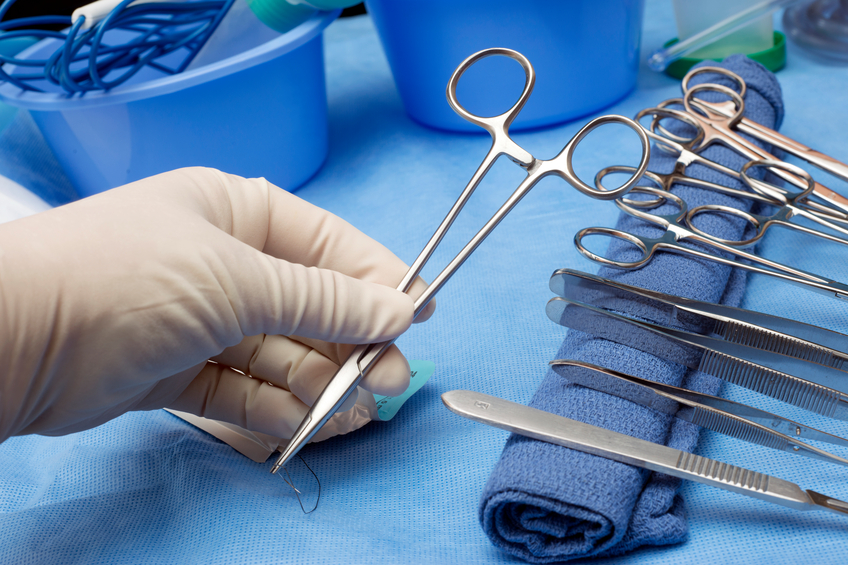 This article originally appeared on GapYearAfterSixty.com.

Whenever I try to convey the message that an aggressive treatment might not be in the best interests of an elderly patient, that message is at risk of being drowned out by the memory of a medical success story. “My Aunt Mary didn’t want the heart surgery, but we talked her into it and she lived for six more years,” is a typical response.

In the practice of medicine, there is a tendency to remember the success stories with hopeful optimism and to forget the failures, dismissing them not as failures of treatment but as failures of the situation, as in, “He was just too old,” or, “He didn’t have the will to fight on.”

But when treatments failed my patients, their decisions haunted me.

Why treatment may not be the best decision for the elderly

When I looked across the desk at an elderly patient, I saw not only the potential success of a therapy but also the ghosts of all the patients for whom the treatment did not help and might have hurt by causing a complication or by accelerating debility.

Even when completely “successful” as in “she lived six more years,” that success comes with a hidden cost. My father had an aortic aneurysm repaired when he was 88. He lived three years in a vigorous state and then declined, slowly and unhappily, for two long years, suffering the cold gradations of decay that he had hoped to avoid.

One such ghost that haunts me still is that of an elderly woman who came to me for her first colonoscopy. At 78, she appeared healthy. Her internist had finally convinced her to undergo the screening exam to “reduce her risk of colon cancer.” Well, her exam was normal but it ruptured her spleen and she almost bled to death. She was saved, but weakened, by emergency surgery.

Even though that complication is rare (1 out of 100,000 procedures), unavoidable, and not operator dependent, it is accurate to say that she undertook an examination to reduce the risk of a cancer that was not very likely to kill her. Following that experience I took to telling my elderly patients that I would do the colonoscopy for which they were referred if they understood that it was not likely to help them.

I intuitively knew that at their advanced age they were much more likely to die of something other than colon cancer and I “guesstimated” that I would have to do 100 colonoscopies in order to save one from dying of that disease. With that “guesstimation” in mind, the vast majority of elderly referrals declined to proceed.

That is the most difficult message that I tried to deliver to an elderly patient.

Treatment, any treatment, is not nearly as game-changing or successful as we are led to believe. Furthermore, our decision-making about the future state of our health is not as influential as we hope, particularly at an advanced age. Fate – or forces beyond our control – plays a more important role than we want to admit. Several factors are involved.

One such factor is that health care consumers are routinely encouraged to think in terms of relative benefits rather than absolute benefits.

Let me try to explain the difference between relative and absolute risk (or benefit). For decades, questions about the risks of breast cancer in postmenopausal women given Hormone Replacement Therapy (HRT) were debated. A randomized, placebo-controlled, study performed by the Women’s Health Initiative, and published in JAMA in 2002, ended some of that debate.

In that study, 8,506 women received HRT and 290 of them developed cancer over 5 years. Compare that to the 8,102 women who were given a placebo, of whom 282 developed breast cancer. The relative increase of breast cancers from 282 to 290 was one statistically significant factor leading to discontinuation of the study and the conclusion that the risk of HRT in postmenopausal women outweighed the benefit.

But an individual patient might conclude that the absolute risk increase of 8 additional breast cancers in 8000 patients (one in 1,000) might not justify stopping the symptomatic relief she was receiving from the HRT.

Please note, in an effort to describe the difference between relative and absolute outcomes, I have left out many other factors that the study looked at, so do not rush out and get a prescription for HRT. But the fact is, since that study most women who seek HRT to control postmenopausal symptoms are denied prescriptions because of the relative risk of breast cancer as perceived by their gynecologists.

Another factor that heightens our concept of the importance to seek treatment is that there is a tendency to deliver therapeutic recommendations to the elderly in the Hobson’s Choice format of, “Choose the treatment or die.”

Given that elderly patients are staring into a limited future with the absolute inevitability of death on the horizon, thinking about the relative success of a treatment reinforces our understandable hope to prolong life but takes it out of the context of the absolute fact that prolonging life eventually fails.

Let me use an eminently reasonable treatment as an example of the complexity of elder care decision making. Trans-Aortic Valve Replacement (TAVR) is an alternative to general surgery for the repair of the fourth (and most important) heart valve. When scarring and calcium deposits narrow the aortic valve, the heart predictably fails. When a patient is deemed too frail, infirm, or aged to survive standard surgical repair or replacement, the TAVR catheterization technique can and should be considered to prolong life. The results of the technique are considered very successful.

Here are the facts.

Statistically, this is a very significant reduction in the death rate. Translated into relative terms, comparing these subsets of the larger group, with treatment the chance of being dead in two years is reduced by over 36 percent. Alternatively, the chance of being alive is increased by almost 75 percent.

If a doctor looks at you and says, “My treatment will increase the chance of being alive in two years by 75 percent,” most patients would leap at that opportunity, forgetting that this benefit is exaggerated because it compares only the patients with a successful outcome of therapy with the survivors without therapy, a relative benefit that ignores the other 89 patients (those who have died, either treated or not). A calculation that incorporates the 32 dead with TAVR and the 43 alive without TAVR allows us to get a sense of the absolute benefit of the valve replacement therapy .

Factoring in the “Number Needed to Treat”

Knowing in absolute terms, how many people need to be treated to benefit by the procedure is a statistic that allows us to intuitively understand its benefit. That number exists and is known as “The Number Needed to Treat,” or the NNT. For those of you who want an in depth description of the NNT and an explanation of how to calculate it, go to http://www.thennt.com/thennt-explained/.

For those who are unsatisfied with my written description but don’t want the bother of going to the link, keep in mind that my “guesstimation” of the benefit of a colonoscopy for an elderly patient was expressed as a NNT and immediately grasped by most patients.

In the TAVR example, I have done the calculation, and the NNT is four. That means that four patients need to be treated for one to benefit and the outcomes for the other three are unaffected by the treatment choice. Some will die despite having the treatment and some would have lived two years without the treatment. So, in absolute terms the power of the decision is diluted because “only” one in four patients benefit but three out of four do not.

Calculating when you might want to “take your chances”

Generally, a low NNT of four is a reasonably powerful incentive to proceed, especially among the young with a long life expectancy. But among the elderly, the understanding that, in absolute terms, three out of four patients don’t benefit by the treatment coupled with the reality that if they do benefit they increase the chance of having a different life threatening disease with a similar calculation in the not too distant future, might prompt them to “take their chances.”

More importantly, aggressive treatments also have complications. In the case of TAVR, the procedure also increases the risk of a stroke from roughly 6 percent without TAVR to almost 14 percent with it. This might look like a small number, but calculating the obverse of the NNT, known as “The Number Needed To Harm” (NNH), we find that the number needed to harm is 12. This means that for every 12 patients treated, one will have a stroke who was not otherwise destined to suffer that calamity.

Where does that leave the patient?

The reality behind the statistics

Combine the NNT and the NNH and it turns out that for every three patients who benefit, one is harmed. With that in mind, a patient might simply take their chances and skip the intervention.

So, when a friend says to me, “I am so proud of my father; he had this miracle procedure and is alive today because he was brave enough to face it,” the balloon over my head is reading, “Did he really benefit or would he have been alive anyway?”

And, what about the majority of the people who were unaffected by the treatment but made the decision thinking that they faced a Hobson’s choice?

Finally, what about the people who were harmed because they were enticed into the procedure based on a relative understanding of the benefits? Did they know what they were getting into?

You don’t have to calculate the NNT to know that most elderly patients have limited practical benefit from aggressive therapy at an advanced age. The “Aunt Mary’s” who populate our memories might look like they won the lottery or, like my father, might have felt ambivalent about their life prolonging decision.

Questions to ask your doctor

In any event, don’t allow your doctors to limit their consultation to the relative merits of their treatment plan. Instead, ask them the following questions:

Focusing only on the positive outcomes of a therapy versus no therapy limits one’s understanding of end-of-life issues to relative comparisons but ignores the absolute bigger picture of success without treatment, failures with treatment, and the inevitability of death coming for all.

Get updates on Sam's new book, download the full Introduction, find out where he will be speaking, and more.

Subscribed - look for the confirmation email!